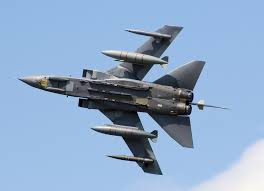 I read that Corbyn is disappointed with the likely killing of Jihadi John.

Pray, tell me, Jeremy, how were you expecting to capture and arrest him?  Are you suggesting that we send in our army to do so?  I thought not.  Were you expecting him to surrender?  Maybe we can invent a drone that arrests terrorists?

Totally ridiculous.  And this is the perfect example of the lack of judgement which means Corbyn cannot be allowed to be in charge of our country.

He was a chief executioner.  He killed charity workers and journalists – not to mention the taxi driver delivering aid to Syrians.

And Corbyn thinks it would have been preferable for him to stay alive to carry out more murders.

I don’t agree with violence.  I don’t like killing people.  But this is one of those areas where you just have to close your eyes, shut your mouth and just let it be.  Jihadi John was a nasty, evil piece of scum and the world is better with him departed (assuming it turns to be true).

I am not defending every move we have made in the war on terror, but this is clearly the right decision.

Had the murderer been in this country, then all efforts to capture him alive and put him on trial would and should have happened.  But Syria isn’t an orderly society which we can police.  It is a lawless, broken country.  Capturing him alive was simply not going to happen.

Thankfully, the more Corbyn comes out with such stupid and unpopular ideas (albeit well intentioned), the more likely it becomes that there will be another Conservative majority next time.  And maybe by then the damage of the last Labour government will have been fixed and we can start to enact more popular policies and have some money to spend instead of always having to repair their mess.