This is not a party political broadcast.

And I will get stuck straight in.  I think it is absolutely disgusting that some people cannot be fucked to vote.

Today is the last day to register to vote.  Clearly I would rather everyone vote Tory, but it is more important that people are involved. 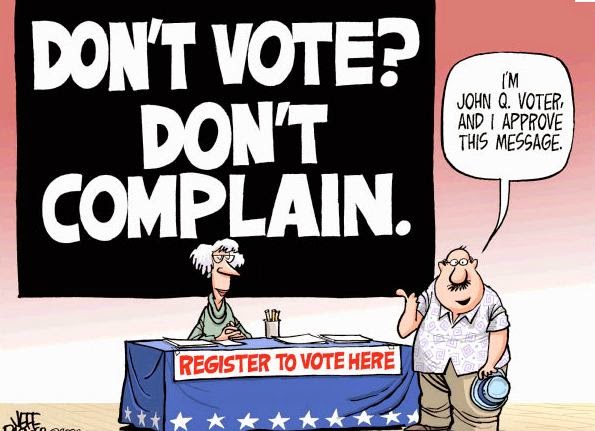 It takes just 5 minutes to register.

Compared to the sacrifices that those who lived before us have made, it is ever so simple.

You can start from the English Civil War.  When the King ruled the land but the landowners wanted a say in how the country was run.  Through to when the fight was to extend the vote to the common man.  The suffrogetes who fought and some of whom died to get women the vote.

And the huge sacrifices in the first and second world war to ensure we kept our valuable democracy.

And some of you cannot be bothered to vote?

I hear the argument from some that no political party represents them.  I suspect this is often the conclusion of those that cannot be bothered to make the effort to find out what the parties stand for.

I also hear the argument that all the parties are the same.  Again a lazy assertion.

Even if that is your conclusion – are you really telling me that every single party is the same?  There are often 10 or so parties that you can vote for – the greens, UKIP, as well as the three main ones – you might be able to vote for the Monster Raving Looney Party, the Socialist Party, the Anarchist Party, the Christian Party…

None of the parties are likely to match your beliefs completely.  You have to compromise and vote for the party of best fit.

As I said earlier, I really think it is disgraceful that people cannot be bothered to make the 30 minute walk to vote and spend 30 minutes looking into the candidates in their local area.

Hell if you really don’t like anyone – go down and spoil your paper.  The spoiled papers are counted. Write on it “I would rather be tortured by a dictator”, or whatever your preference is.

It is shameful that a large minority of society just cannot be fucked.

Democracy is a responsibility upon all.  Get off your arse, register and vote.