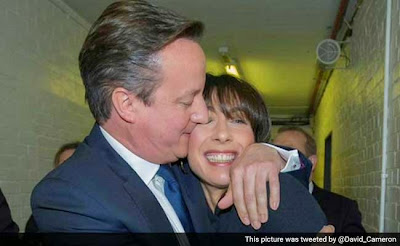 Initially I was disappointed after the previous general election, for the Conservative Party not to have won an outright majority.  Disappointed, angry and worried that somehow Gordon Brown might sneak his way back in.  I was also confused, tired and pretty damn wasted.

Once I had slept and dulled the discombobulated pain of a victory-defeat with large amounts of tranquilizer, I realised that maybe a coalition with the Liberal Democrats wouldn’t be so bad.  As long as we were in charge of the economy, things would work out well.  And after all, I have always been a bit of a liberal, in social aspects.

In fact, the more I thought about it, the more I concluded that it was actually the ideal result for my personal beliefs.

So has it lived up to my expectations?  Oh where to start…

Or how about U-turns?  Yes I do remember the early days of the coalition, that there were many u-turns, often on many sensible policies that simply had too many people complaining, often too many Tories complaining.  Well you turn if you want to.  I wasn’t exactly impressed at the lack of backbone the government showed in the early months, perhaps the first year.  And of course we had the “omnishambles budget” as happily labelled by the left-wing BBC. I shall try to avoid the subject of the biased BBC as much as possible.

So from U-turns to UKIP.  The growth of UKIP in my view is as much down to the fairly far right wing press, such as the Express and the Mail for their scaremongering, as it is down to the lack of a defence of immigration from the Conservative Party.  Apart from Nick Clegg, where were the Conservative voices pointing out the benefit to our economy of immigration?  Who was championing the increased social diversity?  It is striking that immigration is viewed as more of a problem in areas with the fewest immigrants.

Of course, the target of getting immigration down to the 10’s of thousands was quite ridiculous.  I recall grimacing at the time, and it has indeed, immigration policy as a whole has proven business-unfriendly.  In various areas such as engineering and computer science, we are not producing enough highly-skilled graduates, and need immigrants, often from non-EU countries such as India, to supply some of our excellent firms, such as Dyson, the calibre of employee that they need.  And they really do need them.

It is impossible to control immigration from the EU, and so it should be the case.  As a citizen of the EU, I fully believe in freedom of movement – we never know when we might need to be a European economic migrant escaping the economic disaster of socialism.  But this isn’t about what I believe in – this is the government’s record and they have failed on immigration, both with a ridiculous promise, and also with making immigration from outside of the EU more difficult, along with not allowing students to stay on for a reasonable period after their university degree, which is also putting off foreign students – which pay top-dollar for our many excellent universities.

The government did however close hundreds of Labour’s bogus colleges.

Which moves me nicely onto education.  One piece of legislation which as someone from a poor background, I feel is very commendable, is the tuition fee legislation.  Yes fees have moved up, however it is progressive in that poorer students not going for jobs in such areas as banking, will not end up paying as much back.

Also Michael Gove has clearly hammered through some excellent reforms to education – exams have been made more difficult and there are now one million more pupils in schools classed as good or excellent.  Education is a clear winner under this government.

Health reform was perhaps not so successful.  Whilst I understood the potential benefits of the legislation in such areas as giving GP’s more control over spending, health is probably the area of government that I have the least experience and understanding of, so I am more reliant on the views of experts than in other areas, and given that Andrew Lansley has long been forgotten and it is not thought of as a success within Conservative circles, I also conclude that the reform was not a success.

However there are many more nurses and doctors within the NHS, and also there has been some very limited private provision which I believe is beneficial – as long as the principle of free at the point of use remains, what should matter is the quality of care – not some indoctrinated quasi-religious belief that private is evil.  Patient satisfaction is at the second highest ever level, hospital infections such as MRSA have halved and productivity has increased – unlike under Labour where it decreased (not to mention the absolute disgrace of Mid-Staffs).  It is a good record overall, but a record that could be improved.

Abroad, I think the government has sometimes been weak.  Whilst I highly commend that we are one of the largest donors to the suffering Syrian people, I was disappointed at the time that we were not able to take action against a Syrian government killing it’s own citizens.  Yet we were able, with international backing, to stop a massacre in Libya, and likewise we have assisted in a limited way to stopping the spread of ISIS.

There has been work to progress the formation and development of a government in the failed state of Somalia, which is heartening and our government has been at the centre of this.

The UK retained the commitment to foreign aid spending, which is right and proper to assist the world’s poorest.  However only by involving ourselves in peace processes, and actions against sinning regimes, can we make long-term progress in helping those most in need.  The United Kingdom cannot do everything, and Iraq-stained, is often not welcome, or trusted.

Good work has been made on the welfare budget.  Whilst it should be remembered that the largest proportion of the welfare budget goes to pensioners, and I do not think many would disagree with the extra help through a triple-locked pension that our pensioners have been given, benefits for those of working-age have been cut.

It is clearly right that people who can work, should work, to pay for those that cannot, and those that need our help.  One important reform was reducing the amount that a family can claim in benefit – some were claiming nearly £100,000 a year.  Quite astonishing that our previous government allowed it.  Universal Benefit is an excellent concept that has clearly had some difficultly in implementation, but progress is being made in rolling it out – the government is ensuring that work pays.

The government clearly has been successful on this count.

However when it comes to the spare room subsidy, this was again quickly labelled and promoted “The Bedroom Tax” by the BBC and friends.  Whilst a fair policy, it was not great publicity and I suspect it was used against the Conservative-led government by local Labour councils.  There was a pot of funds allocated to each council for where anyone effected needed further assistance, and such is my distrust of Labour that I expect some Labour councils weaponised it.

I do not believe the VAT rise was wise either.  On the one hand, George Osborne had to show early on to the markets that he meant business in restoring our economic credibility, this arguably had a negative effect on consumer spending at the same time that our largest export market was going into crisis mode.

Also our deficit has fallen – not as much as one would have liked, but it has fallen.  Personally I wanted to see some spending cuts and some austerity, instead we had spending increases and fake austerity.

But on all other aspects of the economy, the government has done really well.  We are now the fastest-growing economy in the advanced world.  Employment is at a record high.  Unemployment has tumbled.  So has youth unemployment.  Inequality has fallen and growth has spread around the country – in recent years, Yorkshire has created more jobs than France.  The UK more than the rest of Europe.

The economy is a Great British success story.

Overall I feel that the government has worked well for the country as a whole.  I would give it a rating of 7 out of 10.

Did I forgot to mention anything?